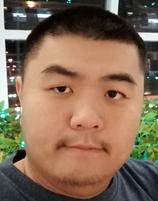 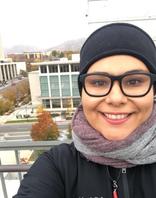 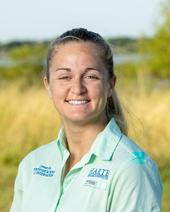 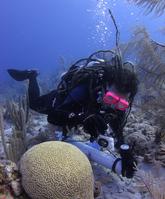 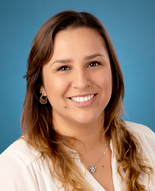 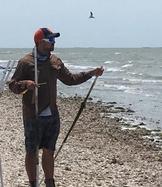 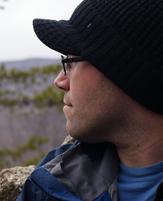 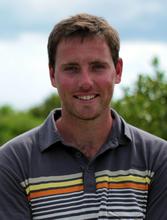 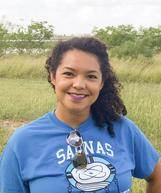 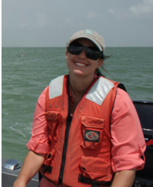 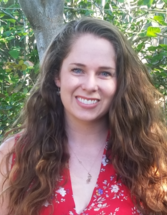 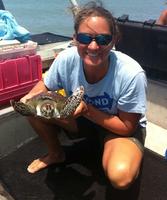 ​​​​Meet Our Team​
All of the staff involved in the production of the magazine are otherwise employed scientists from the Coastal Bend community.

We take part in this project entirely on a volunteer basis because we believe in the mission of Third Coast Science and serving our community.

Kelsey grew up spending her summers in the Outer Banks of North Carolina and always knew she would pursue a career in the marine sciences. After graduating from Coastal Carolina University, she spent seven months as a volunteer working with sharks at the Bimini Biological Field Station Foundation in Bimini, Bahamas. In 2014, she worked on commercial fishing boats in the North Pacific and the Bering Sea as a fisheries observer. She then went back to school, obtaining her master’s at Coastal Carolina University in December 2017 and moving to Corpus Christi in January 2018 to continue her career in marine science by researching fish biology and ecology in the Gulf of Mexico.

​Melissa is an environmental scientist who has been living and studying in Corpus Christi since August 2013. Her research involves the carbonate chemistry (or movement of carbon between air, water, and sediments) in estuaries. She is working to understand the spatial and temporal trends and driving factors of the carbonate system in the Texas estuaries. She is passionate about science communication and enjoys presenting at community forums and guest lecturing. ​

Adriana is the managing editor for all Spanish contents. She has been working in the Gulf of Mexico since 2005 where she donates many volunteer hours to the community working on issues related to fisheries, clean water, beach access, sustainability and public education.

Anthony’s research focuses on holistic marine resource management. Primarily, he works to find solutions and increase efficiency with respect to fisheries and aquaculture. His research also analyses user conflicts, stakeholder cooperation, communication, and sustainability. His current focus is understanding and improving the state of oyster aquaculture in Texas.

C.J. is a marine biogeochemist working on carbonate chemistry in Texas estuaries and the Gulf of Mexico. He received his master’s in Earth and Ocean Sciences at Old Dominion University in Norfolk, VA. He also received a Bachelor’s in English from Christopher Newport University in Newport News, VA. He is interested in science communication, especially communicating directly with the public.

Lee's research deals with microbes in the ocean. Primarily he focuses on how microbes respond to the large amounts of plastic that end up in Gulf, and the impact that response has on normal microbial processes. To a lesser extent, he also investigates Vibrio in coastal marine waters.

​Jason’s research aims to understand how variability in the quality of habitats influences the dispersal of larval coral reef fishes.

​Joey’s research primarily focuses on the community ecology of oyster reefs. Specifically, he is studying sensory-mediated shifts in reef communities and the effects that large disturbance events (i.e., hurricanes) have on this system. Additionally, he works on the chemical ecology of parasites and their hosts, and phenotypic plasticity in oysters and barnacles.

Wade was trained as a chemist in undergraduate and received graduated level degrees in Marine Biology.  His research fields include algal toxins, carbonate chemistry, remediation of algal blooms, marsh community, and remote sensing.  His goal is to improve water quality in ecosystems.

​Diana has spent over seven years working in coastal environments focusing on costal mapping, coastal processes and change, and impact of hurricanes. Her current research will assess the socio-economic impacts of sea level rise and the benefit provided by coastal habitat in the Northern Gulf of Mexico.

​Coral is working in the Yucatan Peninsula on correlation of gender roles to risk preference in multi-species fisheries.

​Mariana works on air-sea interactions in the Maritime Continent.

​Mariana is a biological oceanographer from Puerto Rico. She has experience with ecology, monitoring and management of tropical coastal and marine ecosystems, remote sensing, and geographic information systems.  Currently, as a TAMUCC doctoral student, her research focuses on understanding the vulnerability of coastal social-ecological systems to Sargassum beaching events.

​Dr. Pollack's research focuses on the conservation and restoration ecology of marine and estuarine organisms and habitats.  She is interested in understanding how climate and human-caused changes in environmental conditions affect benthic communities, and how restoration may help recover ecosystem services. She is also passionate about student mentoring. 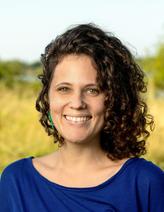 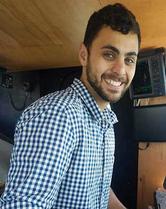